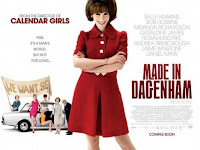 We Make No Pretence - An Anarcha-Feminist Critique

We Make No Pretence - An Anarcha-Feminist Critique


WE MAKE NO PRETENCE
We have taken this space and projected this short film to show how we see sexism in 'the movement' and sexism in capitalist society. We have covered our faces in the same way we might do against the state and its agents - inspired by the tradition of our militant sisters who took back male-dominated stages, and political spaces.
We expect hostility, intimidation and greater surveillance after our action. Covering up makes it easier
to communicate. And we know that our message is much bigger than the messenger herself.
The following text is our response to the four thems of the conference.
MOVEMENT or why we aren't one